What makes our water structuring devices so unique?

We at Rainmaker H2O have found a unique and totally natural way to restore water to its natural, wholesome state. By simply observing nature and then copying it, we are now able to “clear” and supercharge the water to a heightened level of efficiency that was previously unattainable by any other means.
The Rainmaker’s unique design accomplishes one of nature’s greatest miracles of regeneration and renewal by mimicking the natural spiraling motions and earth cycles of water, creating a measurable increase in water’s ability to hydrate plant and animal tissues, penetrate soils and conserve water. This causes people, plants and animals to grow better and healthier. Users also report that their water feels naturally “soft”, especially their showers, baths, hot tubs, and pools, all without the need for chemicals or salts. These devices do not use filtration or additives of any kind as found in most water treatment systems in use today. Hence, they require no maintenance or the considerable amount of time and expense of changing toxic filter cartridges. Instead, they rely on the movement of water through the device in the presence of specific natural earth frequencies to bring you the best tasting, most beneficial and most refreshing water possible. The interior design of the unit is deceptively simple, yet based on an advanced understanding of physics and chemistry.

Before embarking on the complexity of how water interacts with itself and its surroundings, we must first take a look at the structure of the atoms that make up the molecules and clusters of water. Here is what the hydrogen atom looks like. (below left) It has 1 proton in its center, 1 orbiting electron and no neutrons in its center, called the nucleus. The proton (red) carries a positive charge and the electron (blue) carries a negative charge. The positive and negative charges cancel one another out, thus, the hydrogen atom is neutral in charge.

The oxygen atom has 8 protons and 8 neutrons in its nucleus with 8 electrons spinning around the nucleus in two different orbital levels or “shells.” The neutrons are neutral in charge and do not contribute to to the creation of the water molecule. In order for the outer shell of electrons to be completed, the oxygen atom would need two more electrons. In water, (H2O) these two electrons are provided through the two hydrogen atoms.
For the scientifically-minded among you, you may remember earlier that we spoke about the bonds of the water molecules as being like springs which can be stretched. When water spins, it is placed under a tremendous torsional load as a result of the of G-forces being generated, which can be considerable. These forces cause the molecular bonds to stretch apart, just like a spring. 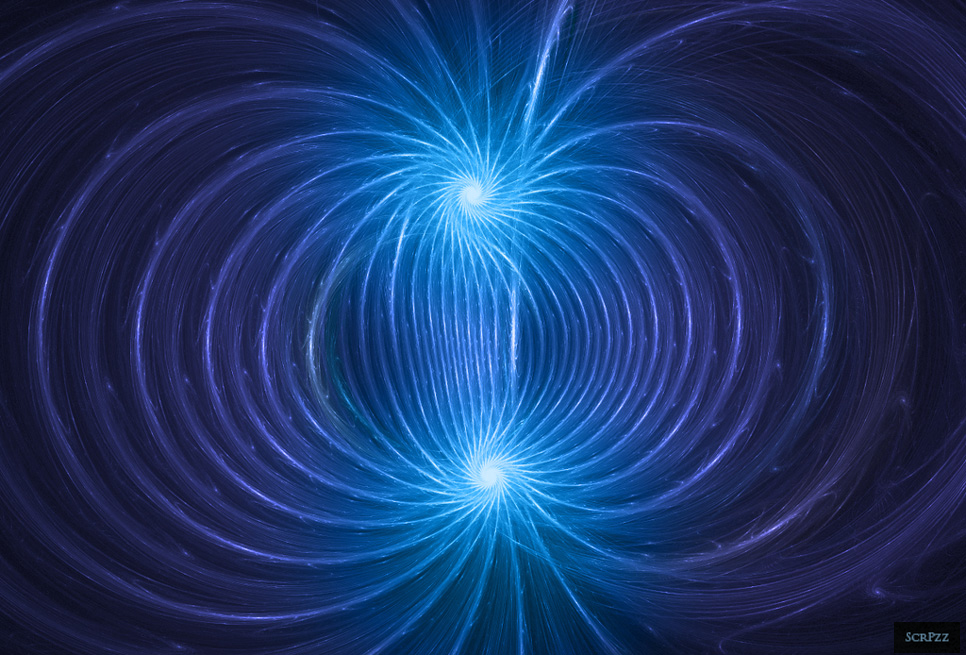 The flow form also produces piezoelectricity due to the slight pressure the water is exerting on the silica quartz spheres as the water passes over them, in much the same way that a piece of quartz crystal will generate electricity when squeezed in your hand. This electricity, combined with the above mentioned rotational motion of the vortex, then causes ionization of the atoms outer shell electrons which in turn elevates the electron spin state. This, in turn, decreases the oxidation/reduction potential of the water which in turn leads to much greater hydration and anti-oxidant activity within each cell. Another aspect of the molecular bonds is that they can and do collect, store, conduct and convey both information and energy. Going back to the work of Dr. Emoto, this information can come in any form, including simple intent.
…
We also line the inner walls of each Rainmaker H2O unit with a proprietary blend of crystals and rare earth materials that have very high paramagnetic properties that also provide a very beneficial and healing effect to the water through a well established process known as epitaxis, or the transferring of the frequency emanations from one substance (the minerals), into another substance (the water itself). In addition, the paramagnetic material used in every Rainmaker H2O device is unique in that it emanates a pulsing paramagnetic field that we believe is operating similarly to that of an energy capacitor, first collecting and compressing, and then broadcasting the energy field to the water and entire area around the unit itself.
The significance of all of the above is that these ingenious innovations combined with the natural attributes of structured water facilitate a substantial reduction in the surface tension and reorganization of the chemical bonds of the water itself which allows the water to more quickly and efficiently penetrate deep into the cells and tissues of people, plants and animals. It also allows harmful gases such as chlorine to be expelled at an accelerated rate, making water taste and smell better.
Toll Free: 1-877-943-1973                                                                   info@cwet.ca